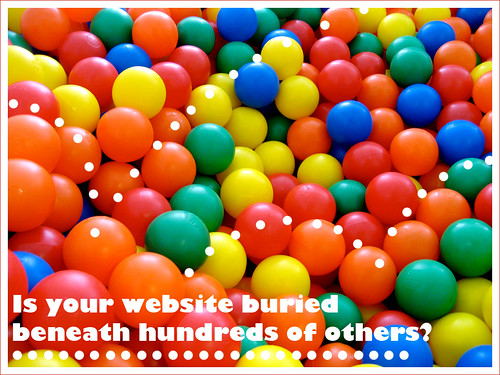 When someone thinks of you as an authority figure they’ll be much more likely to buy something from you. Even if they don’t decide to buy, they’ll probably tell their friends about you. Either by speaking to them, or they’ll give you a backlink and write about you. Any of those things are great because the people they’re sharing you with will believe you’re a respectable person (which you are). Why else would they be telling people to check out your site? But you have to come across as an authority figure before that will ever happen.

I can guarantee you now that you can write all the articles in the world and nothing will happen. People won’t be sucked into your website because of the articles you publish every week. That leaves you with a little bit of a problem. How can you possibly put yourself out there so that people will listen to you? What can you do that will command respect? I guess the people who know are the ones who eventually become successful, and the others fade into obscurity. You want to be one of the successful people, so let’s see how you go about doing it.

Long gone are the days when you actually had to get a book deal to become a published author. Now anyone can self-publish their own books and sell it in places like the Kindle library. When people see that you’ve written a book they are much more likely to think of you as an expert. For a few hundred dollars you can have a professional front cover designed and they will even format the book for you. It’s just up to you to write it, which should only take you a month if you’re not too lazy.

People have busy life’s. You surely know what that feels like. Well other people are going through the exact same thing as you. They always need to provide their readers with the best content available and if you offer to help them out with a guest post it gives them a day off. They’ll thank you because they can spend more time with their family. Now your work will be published on a respectable website and people will automatically associate you with authority. All because you helped someone out.

It’s hard for people to become friends with you because there’s too many people around. That means you have to find ways of becoming friends with someone away from the Internet. A good way to do this is by going to events where the best people in the field come together. Now you are in an environment where you can chill out and have a few drinks with each other. Everyone is intent on becoming friends and any business talk is kept until later when formalities are over. When you connect with someone offline you then take that relationship back onto the Internet.

You know it’s almost impossible to stand out amongst the crowd online. What about if you bought an authority figures product? That would give you the chance to become friends with them. If they have a coaching product you can buy an hour of their time and it gives you a chance to tell them all about you. People will love you because you’ve paid them money and when they realize you know what you’re talking about they will share your content with people. It costs a little money in the beginning, but you’ll make it back over time so it’s well worth the investment.

Scroll back to top